The total population of the Grand Duchy of Luxembourg is 602,000 and growing rapidly. In addition to that, nearly 200,000 people cross the French, Belgian and German borders to work in Luxembourg.

Luxembourg’s five DSOs (Creos Luxembourg S.A., Electris, SudstroumSàrl& Co Secs, Ville de Diekirch, Ville d’Ettelbruck) are deploying and operating 800 public dual charging stations (1,600 charging points) throughout the Grand-Duchy until 2020, the so-called “Chargy” network. Half of the charging stations are located in local centres and the other half along major roads, e.g. on park and ride places and along the North Sea-Mediterranean Corridor, crossing Luxembourg. All charging stations can be accessed via the “mKaart” (mobility card) providing access to a diverse mobility offering as well as via Plug-Surfing Europe-wide network. 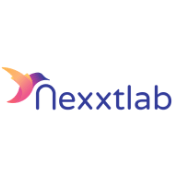 Current problems related to charging in the area

A major problem that the project “Chargy” faces is the lack of respect demonstrated by other drivers. EV parking spaces are often occupied by ICE cars despite obvious marking of the spots, thus leading to unpleasant situations when cars need to be removed.

We use cookies on our website to give you the most relevant experience by remembering your preferences and repeat visits. By clicking “Accept”, you consent to the use of ALL the cookies. However you may visit Cookie Settings to provide a controlled consent.
Cookie settingsACCEPT
Manage consent

Performance cookies are used to understand and analyze the key performance indexes of the website which helps in delivering a better user experience for the visitors.

Analytical cookies are used to understand how visitors interact with the website. These cookies help provide information on metrics the number of visitors, bounce rate, traffic source, etc.

Advertisement cookies are used to provide visitors with relevant ads and marketing campaigns. These cookies track visitors across websites and collect information to provide customized ads.

Other uncategorized cookies are those that are being analyzed and have not been classified into a category as yet.